Your cart is currently empty.

Sometimes we like to imagine the Venus Speaker as a tiny robotic soldier sent from the future. You know what’s not imaginary? The Zinc Alloy Shell that wraps around the entire unit, ensuring that its ruggedness goes beyond looks. 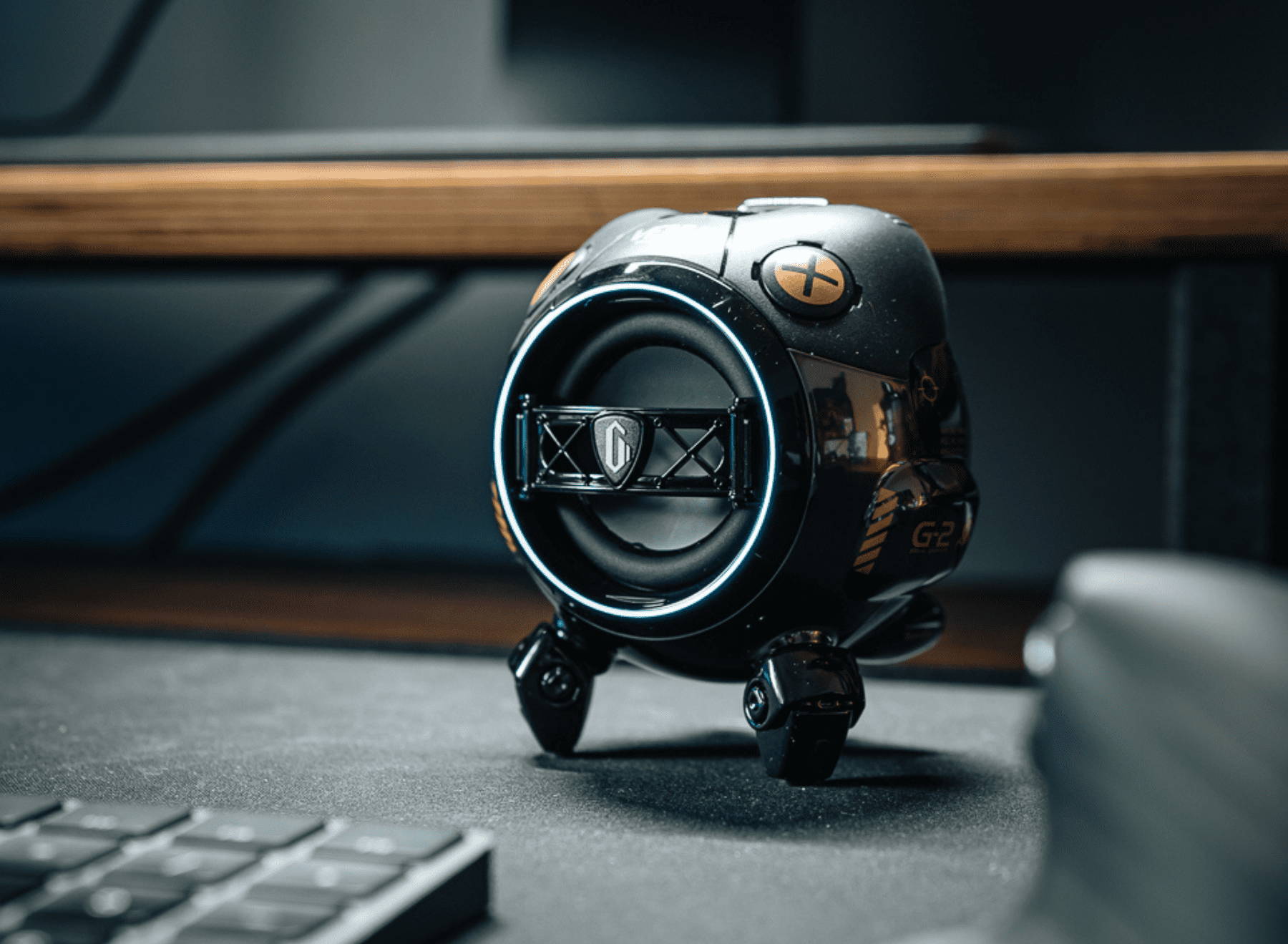 The built-in 1.75-in 10W Full-Range Speaker does an impressive job of giving you raw power when it comes to playback quality..

Venus speaker takes a lot of inspiration from Cyberpunk culture, so we made sure to give it a groovy RGB Lighting setup for the full futuristic experience. 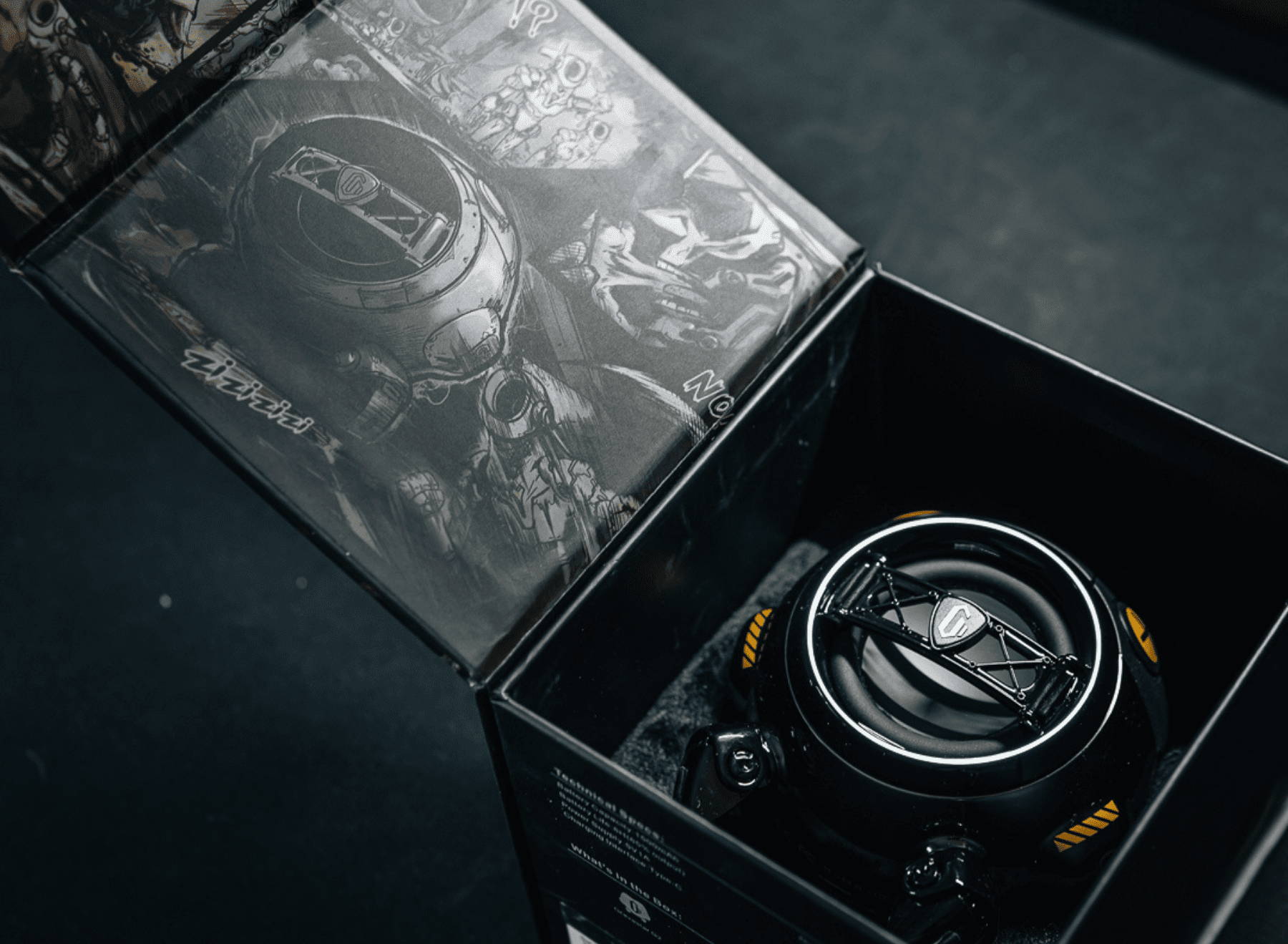 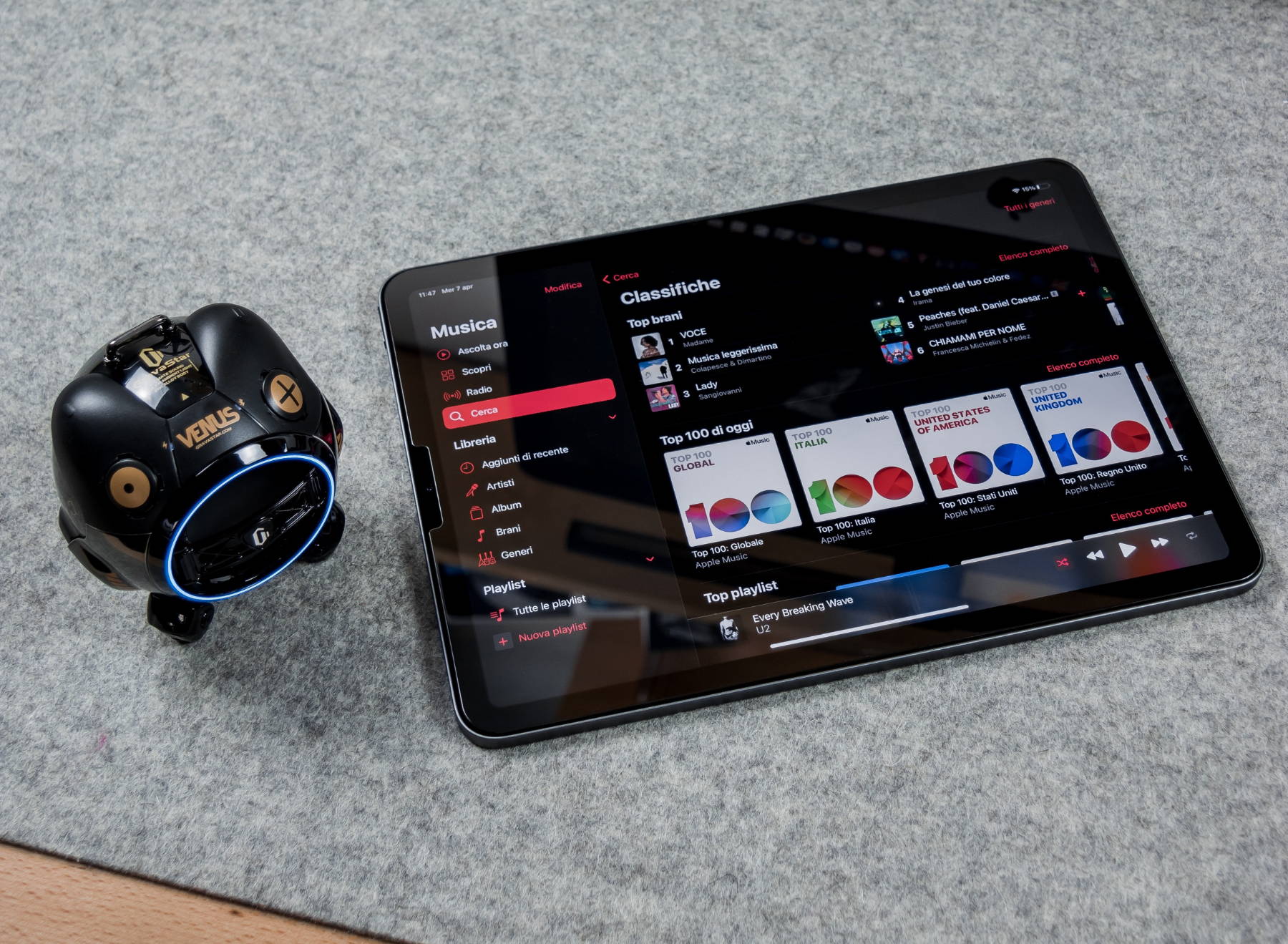 You can pair two Gravastar Venus Speakers to provide you with an even more powerful and immersive experience, thanks to Bluetooth 5.0 technology. Turn any room into a party room.

The Venus’ compact size makes it an ideal travel companion. You can even hook it up to a carabiner for those outdoor listening sessions. 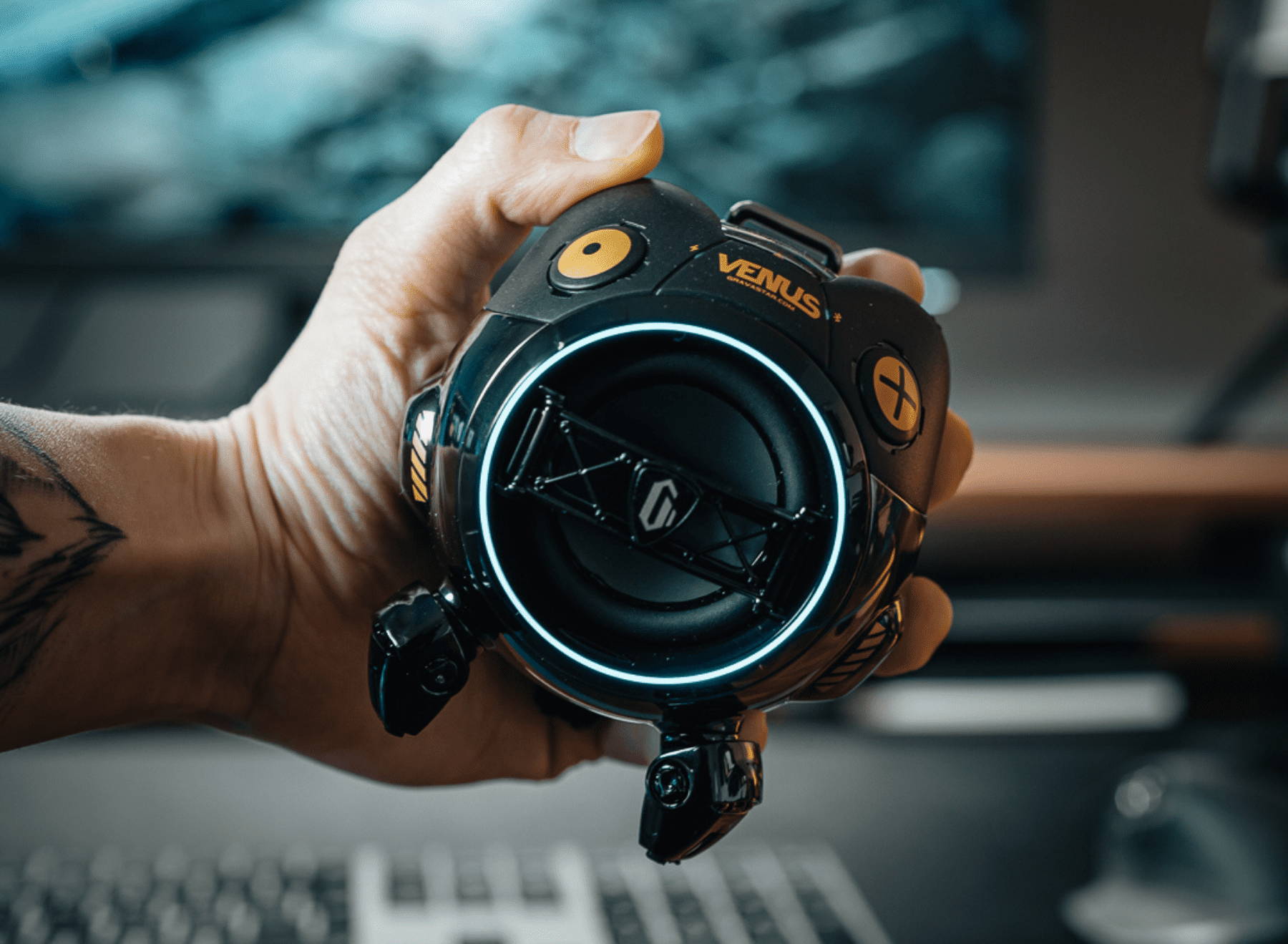 I bought one for me and one for my friend. They look so cool when displayed with the charging base. I like that you can change the color of the light. I think my charging light didn't work on mine but it sounds great. It has a good punch to it. It's metal casing gives it a bit of weight which I like. I just did not like that the little plastic tips on the legs fall off easily.

A
Anonymous
I love it

I love it, the sound is clear. The design is also very nice.

Found these speakers randomly on Instagram and once I checked them out they were super cool looking and on sale for Black Friday. So I bought one with a charging base. Once I got it I was greatly surprised because it was a smaller speaker with incredibly high build quality. Has a little weight to it, which might be a negative for some, but shows me they used good materials and not just cheap poorly cut plastic. I bought the Venus. It has one tweeter sized speaker, covered by a protective grill bridge in the front, and has a passive radiator in the back delivering quite a bit of bass for such a small package. Also has 3 rubber feet to keep the Venus speaker planted on almost any surface while not vibrating whatever it's sitting on. An led light circling the face that can be switched between about 5 different colors. The charging base has the same led colored lights that throb so you know it's charging.

Overall a very impressive package for a portable Bluetooth speaker. Has a lanyard loop if you want to hang it from something, you can order a dedicated protective carrying case that also has a carabiner, and comes with 1 short USB type C charging cord to charge the Venus directly or to plug into the charging base.

The colors are great, the styling is great, the sound isn't audiophile clarity, but is great just for playing a game or music you want your friends to listen in on. I would definitely buy one of these again.

Amazing the sound that such a small package can deliver. Really well constructed, quite heavy for its size. Looking forward in taking it with me when I start travelling again. Big thumbs up.

These unassuming little guys give off a much bigger sound than one might expect.

What are you looking for?